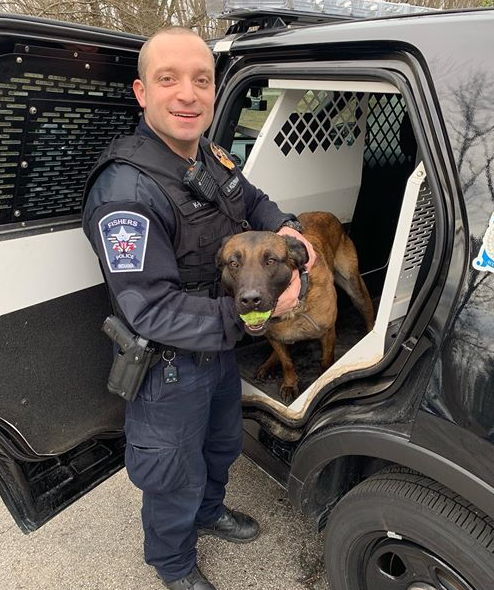 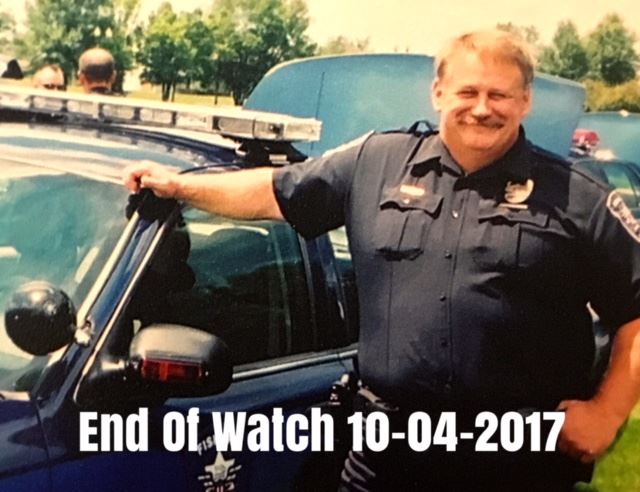 Officer Shepard served in many areas of the department during his career. He was a Field Training Officer responsible for training new hires during the explosive growth in the 1990’s. He was an Evidence Technician responsible for processing crime scenes and was instrumental in designing the Fitness Center inside the Fishers Police Department. Most will remember Officer Shepard in his role as a night shift patrol officer. For more than 27 years the residents of Fishers, Indiana slept safely in their homes while Officer Shepard and his shift mates patrolled the streets of Fishers.

Officer Shepard earned our highest award, the Medal of Valor, for his actions on November 10th, 1990. Officer Shepard responded to a violent domestic disturbance at a residence near Fishers with the Hamilton County Sheriff’s Department. A severely injured woman reported that her boyfriend was back inside the residence with her 3 year old daughter and 5 year old son. She also reported that her boyfriend was armed with a shotgun. Attempts to speak with the man failed and Officer Shepard had an opportunity to break through a glass door and take the man into custody. Officer Shepard sustained severe cuts on his face and hands as he crashed through the door. Officer Shepard earned the Meritorious Service Award in 2001 and 2013 and the Distinguished Service Award in 1996.

Officer Ron Shepard was known as “Uncle Ronnie” by most of his law enforcement brothers and sisters. He will be remembered for his selfless service to the community, his kind heart, his willingness to help anyone and his sense of humor. Officer Ronald Edward Shepard, End of Watch – October 4th, 2017. 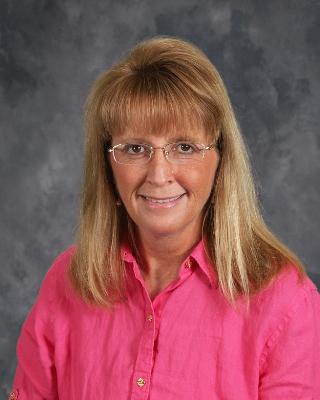 Lori A. Spillane, 49, passed away on July 19, 2016. She was born on August 1, 1966 in St. Louis, Missouri to Edward and Shirley Spillane. She attended the Visitation Academy for high school and received her BA in English from Boston University and her law degree from Saint Louis University. After graduating from Law School, she married William Lutz and had two sons, Spencer and Casey.

She is survived by her parents of St. Louis, Missouri, her husband of 22 years, her two sons, and her brother Edward of College Station, Texas.

Lori was an attorney for 25 years and left an indelible mark on the legal community. Her accomplishments and involvements are far too numerous to list them all. She served as an assistant prosecutor in Cape Girardeau County, Missouri as well as in Delaware, Marion, and Hamilton Counties, Indiana. She was also academically published several times on legal matters and was an English professor at Ball State University and IUPUI. For over a decade she served the Fishers Police Department by writing applications for grants, coordinating the volunteer program and the “books and badges” program, providing estate planning services to officers, and managing the department’s accreditation. She was also involved in numerous charitable activities, offering many organizations legal assistance and advice. She was especially involved in Alternatives, a domestic violence shelter in Anderson, serving on the board and planning activities and events for the children and mothers of the center. At her passing, she was leading efforts to build a domestic violence shelter in Hamilton County.

Lori was an amazingly kindhearted and compassionate person. She was always willing to help those in need and would do anything for those she cared about. She was a wonderful wife, mother, daughter, sister and aunt who always put her family first. She was a voracious reader and loved to exercise, spend time with family, and learn. She was an example of kindness, tenacity, and courage to all those fortunate to know her and she will be dearly missed.

Leslie Anne graduated from Carmel High school in 1990 and earned a Criminal Justice Degree from Indiana University in 1994. Leslie was a 10-year veteran of the Fishers Police Department and was also a member of the SWA.T. team. She most recently served as a member of the Special Investigations Unit focusing on exposing and preventing human trafficking. 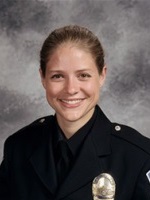 Leslie was a member of Heartland Church and her passion was serving her Lord and Savior. She used her cancer battle and her life and work as a way to glorify God and to serve Him in every way.

Leslie had a very large family of police officers and fire department personnel whose love and friendship gave her the strength to keep fighting and brought joy and comfort to Leslie and her family during the final stage of her illness. Leslie lived every day of her life with a smile on her face and in service to others. She never knew a stranger. She has touched many lives and will be missed by all.

Detective Sergeant Larry Evans joined the Fishers Police Department in 1990 where he worked in the Investigations Division. He was the first investigator in Fishers to specialize in photography and evidence collection. Larry helped design the lab in the former police department when it was built in 1994. He was one of the first DARE instructors in 1991 and was always willing to work with kids in the community. His experience in the forensic science led Larry to 16 years of service as a deputy coroner in Hamilton County. After 35 years of service to law enforcement, Larry retired from the Fishers Police Department in 2013. Retired Detective Sergeant Larry Evans died on November 11, 2015. 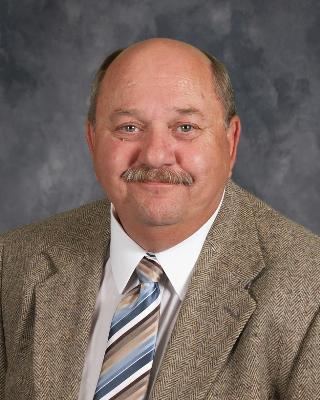